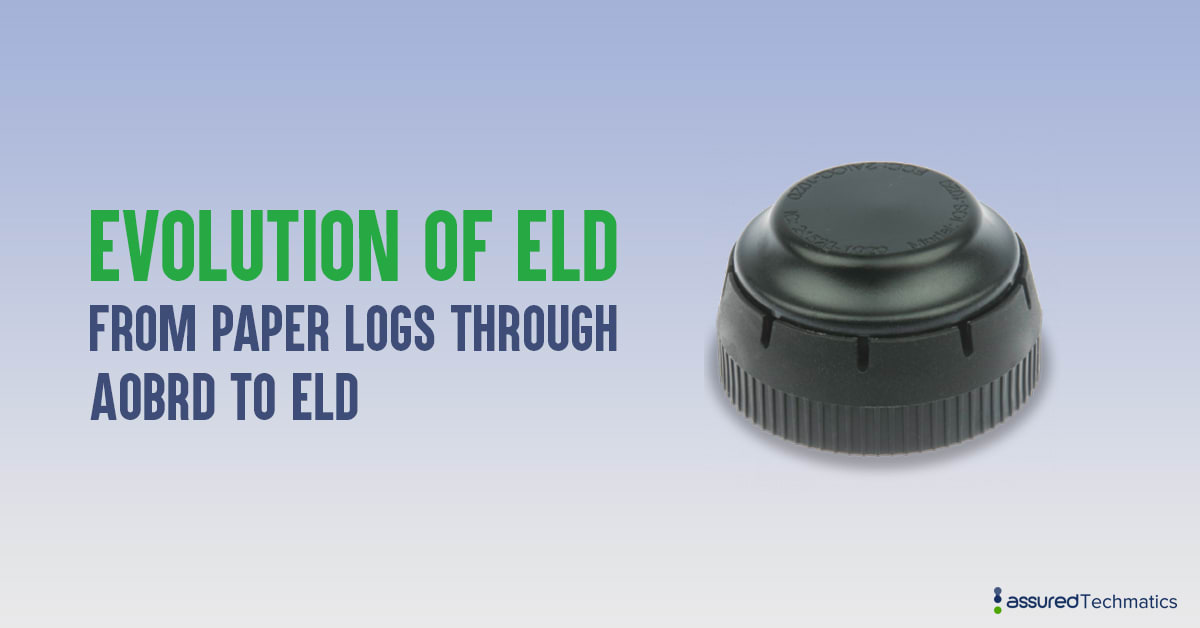 Evolution of ELD-From paper logs through AOBRD to ELD

Now that the second country in the Americas, Canada, is getting ready to adopt its Canadian ELD Mandate, it is a good time to go back in history and remember how the ELD industry started. Here are the main:

Before the 1980s: Old-school paper logs were in place and no regulation was in place.

1980s: The first electronic devices were designed to record hours of service (HOS). In 1988 The Automatic Onboard Recording Device (AOBRD) Rule (49 CFR 395.15) was released, lobbied by the Insurance Institute for Highway Safety (IIHS).

2000s: There was the first attempt by the FMCSA to introduce the ELD/HOS Mandate, but it was blocked by court order in 2004.

2010s: The second attempt is made to introduce the ELD mandate: the ELDs were mandated for the carriers with the shockingly bad tracks of records and HOS violations.

2014: The MAP-21 Act (Moving Ahead for Progress in the 21st Century) was released that mandated adopting ELDs.

2015: The final ELD Mandate was published.

2016: The ELD Mandate came into force and consisted of 3 phases:

Phase One (February 2016 – December 2017): Awareness and Transition Phase: all methods of logging HOS were acceptable, including paper logs, logging software, AOBRDs, and ELDs.

Phase Two (December 2017 – December 2019: Phased-In Compliance Phase: all carriers and drivers subject to the ELD rule had to use either an ELD or an AOBRD.

Phase Three (December 2019 onward): Full Compliance Phase: all carriers and drivers subject to the rule must use ELDs.

Apollo ELD was the second ELD solution to be certified by the FMCSA. Our professionalism, deep knowledge of the industry, and great customer support makes us stand out among other players in the industry. We are getting ready for the Canadian ELD Mandate to come into force in 2021 and are trying hard to comply with the rule.